Cannabis and Alcohol: Which is better for you? 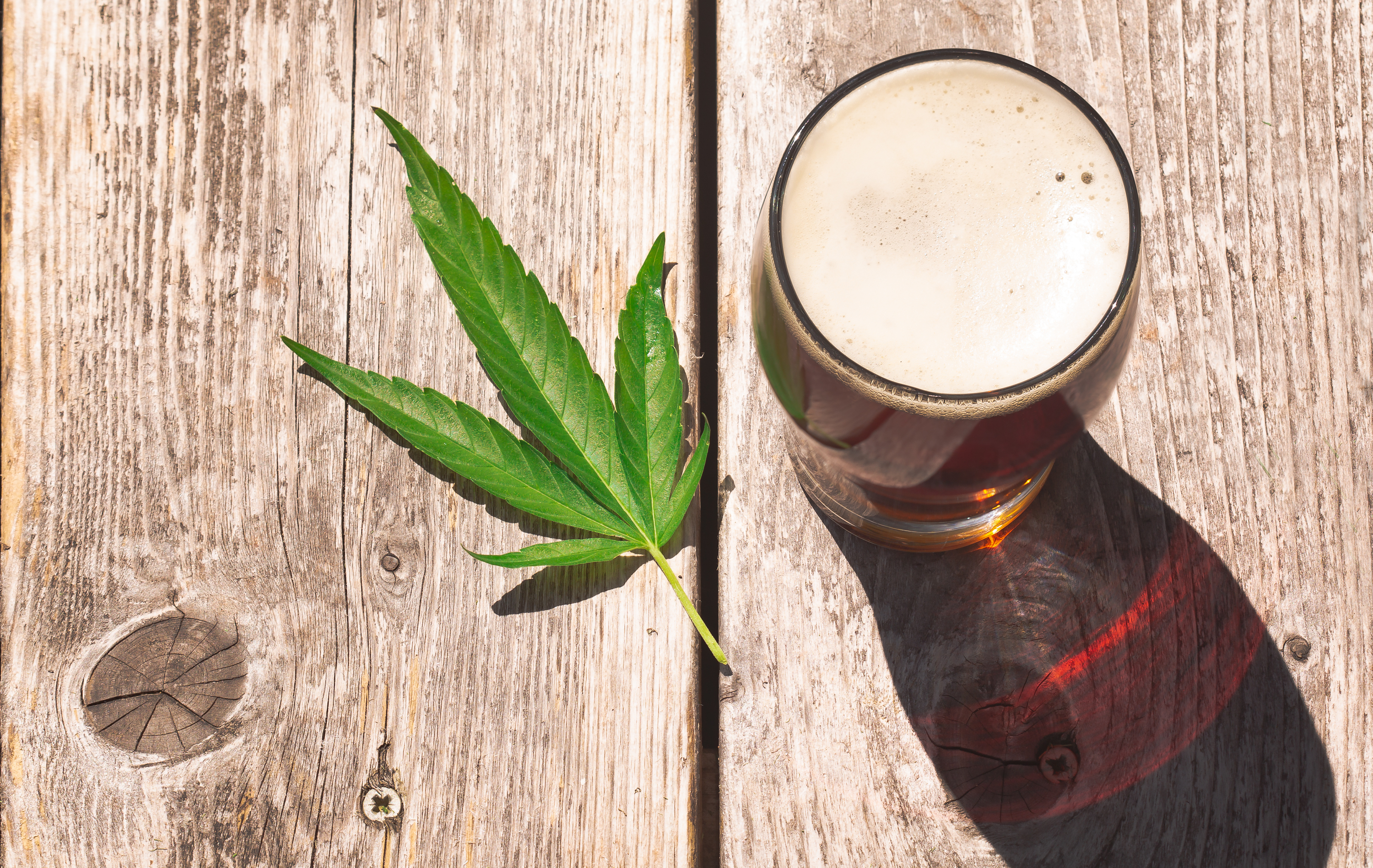 Cannabis and Alcohol: Which is better for you?
March 15, 2021 Max Power Education 0 Comment

According to a recent article in the Globe and Mail entitled “Canada’s drinking problem: why alcohol is the new cigarette”, alcohol is being recognized as more dangerous than ever. The Canadian Government is thinking about lowering the recommended daily intake of alcohol from its current standards of 15 standard drinks per week for men and 10 for women, with a 3 drink per day maximum. While it’s not known what the new regulations will be, as a comparison, Australia has lowered their recommended weekly intake to just 7 drinks per week.

What does all this really mean? Health professionals are realizing that alcohol is much more harmful to our bodies and our society than originally thought.

All this new information has some people taking a look at alternatives or changes to the way they consume alcohol, such as:

This blog takes a look at the options for people looking at cannabis as a healthier alternative to alcohol.

The Dry Challenge: Go Alcohol-free for a Month

The first trendy alternative taking flight is participating in a Dry Month. This is actually less an alternative and more of a re-balancing from the onslaught of holiday binge drinking. ‘Dry January’ is an example, or for those who can’t handle 31 days without booze, a ‘dry February’. Both are gaining popularity every year for people who want a body reset after the heavy drinking December holidays.

According to Alcohol.org, people consume 33% more alcoholic drinks during the holidays than the rest of the year. With all that extra booze comes extra damage to the body and mind. During the holidays, you are either celebrating too much or using the alcohol to medicate yourself to get through stressful family get-togethers, or both.

Many people like to have a drink now and then, and even more do so during the holidays. This phenomenon is not unique to the December holidays either. Alcohol consumption also increases in the summer months, Halloween, St. Patrick’s Day, etc. There is always an excuse to drink, right? Then most people take a cleansing break afterwards to try and ‘even out’ their systems. This is called Binge Drinking. However, consuming alcohol in large quantities has many documented adverse effects on the human body, whether you take a break from binge drinking or not.

The Negative Effects of Alcohol

The ‘fun’ effects of drinking booze are well known, and those good effects will continue to make people imbibe for the foreseeable future. However, while alcohol tends to decrease your inhibitions and ‘loosen you up’, there are limits to how much your body can safely process before short and long-term issues set in.

Some of the problems associated with alcohol abuse include:

That is a big list of problems that stem from consuming too much alcohol.

Or how about we simplify this and just look at the deaths from alcohol: according to the Canadian Institute for Health Information (CIHI), 10 Canadians die in hospital every day from substance abuse, and 75% are alcohol-related.

Those numbers alone are more than enough for a lot of people to temporarily (or permanently) call it quits on alcohol, at least for a little while.

The Negative Effects (Or Lack Thereof) of Cannabis

Many people are hopping on the cannabis train instead of indulging solely in liquor. They argue that cannabis is much safer and healthier than alcohol. There is also the idea that if you are toking in addition to drinking, you won’t have to drink as much to feel the same effects as drinking liquor solo. Just make sure not to go overboard, as consuming weed and alcohol at the same time can make the effects much stronger than if you did them on their own.

To illustrate drinking versus smoking flower, compare the problems that can be caused by marijuana abuse to the earlier list of alcohol problems:

To be fair, the long-term effects of cannabis are still being studied, so we can’t say for sure that there aren’t any. As of right now, though, it seems pretty clear that health-wise, marijuana is a safer choice than alcohol.

What is ‘Cali Sober’?

More and more people are looking to cannabis as an alternative to alcohol. A person can smoke some flower and get a buzz similar to booze without the abundance of health concerns that come with it. There is also a much less chance of a crushing hangover the next day. The actual definition varies, but basically a straight substitution of alcohol for weed is called ‘Going Cali Sober’.

This option is where, instead of just abstaining from alcohol for a month, the alcohol is ‘replaced’ by smoking marijuana. The main idea is that you can still go out and have a good time with a good buzz, but you are being healthier since you aren’t ingesting alcoholic poison into your system. In Cali Sober’s case, alcohol is the greater of two evils in terms of immediate and long term detrimental health effects.

Adding to Cali Sober’s momentum is the fact that cannabis is becoming more accepted around Canada. There is still a stigma around cannabis (and drugs in general) stemming from the baby boomer generation that was brought up on tv ads that told them “marijuana kills” and “it’s a gateway drug”. With cannabis being legal in all of Canada now and more and more states in the US, it is slowly shedding that stigma. You have probably heard more about cannabis on the stock market channel rather than anywhere else, as legal cannabis stores are all the new investing rage.

Another idea that is gaining steam is using cannabis as part of a harm reduction strategy to ween yourself off of alcohol, or at least cut down on it.

Websites such as harmreduction.org accept the idea that drugs are here to stay, no matter what we do. But instead of criminalizing users, they simply want to minimize the harmful effects of drugs. They aren’t saying Don’t Do Drugs! They are saying: ‘We get it, people do drugs. We just want you to do them safely.’

The Future of Cannabis

The old stigmas towards cannabis are changing. More and more people have an open mind about the health advantages of choosing weed over alcohol. Cannabis is becoming more and more available through online and brick and mortar stores. Older generations even accept it as a pain or disease treatment, and people are warming up to it now being legal.

Cannabis is on the rise to be a very popular option for people wanting a healthier alternative to get their buzz on.

If you’re ready to see what all the buzz is about, check out our menu of amazing cannabis products today! 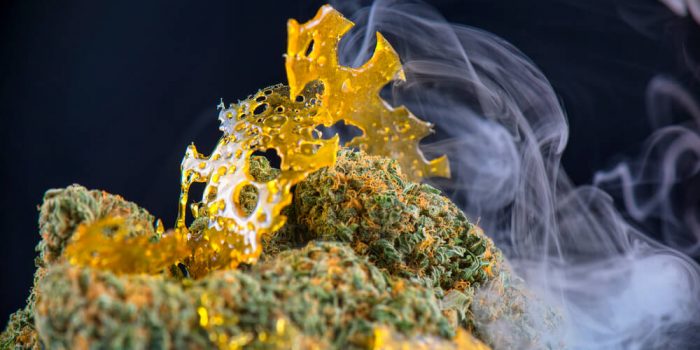 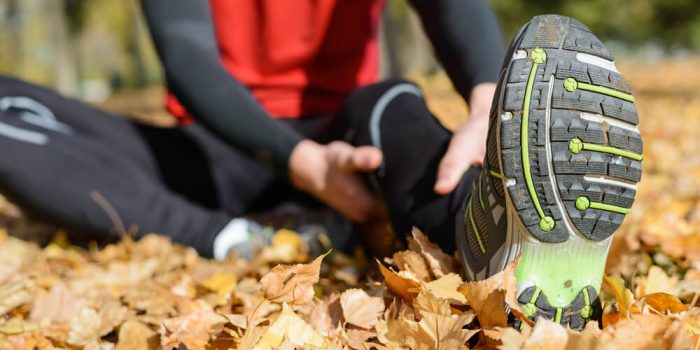 Research shows that about 60% of adults worldwide experience spasms or cramps at some point...