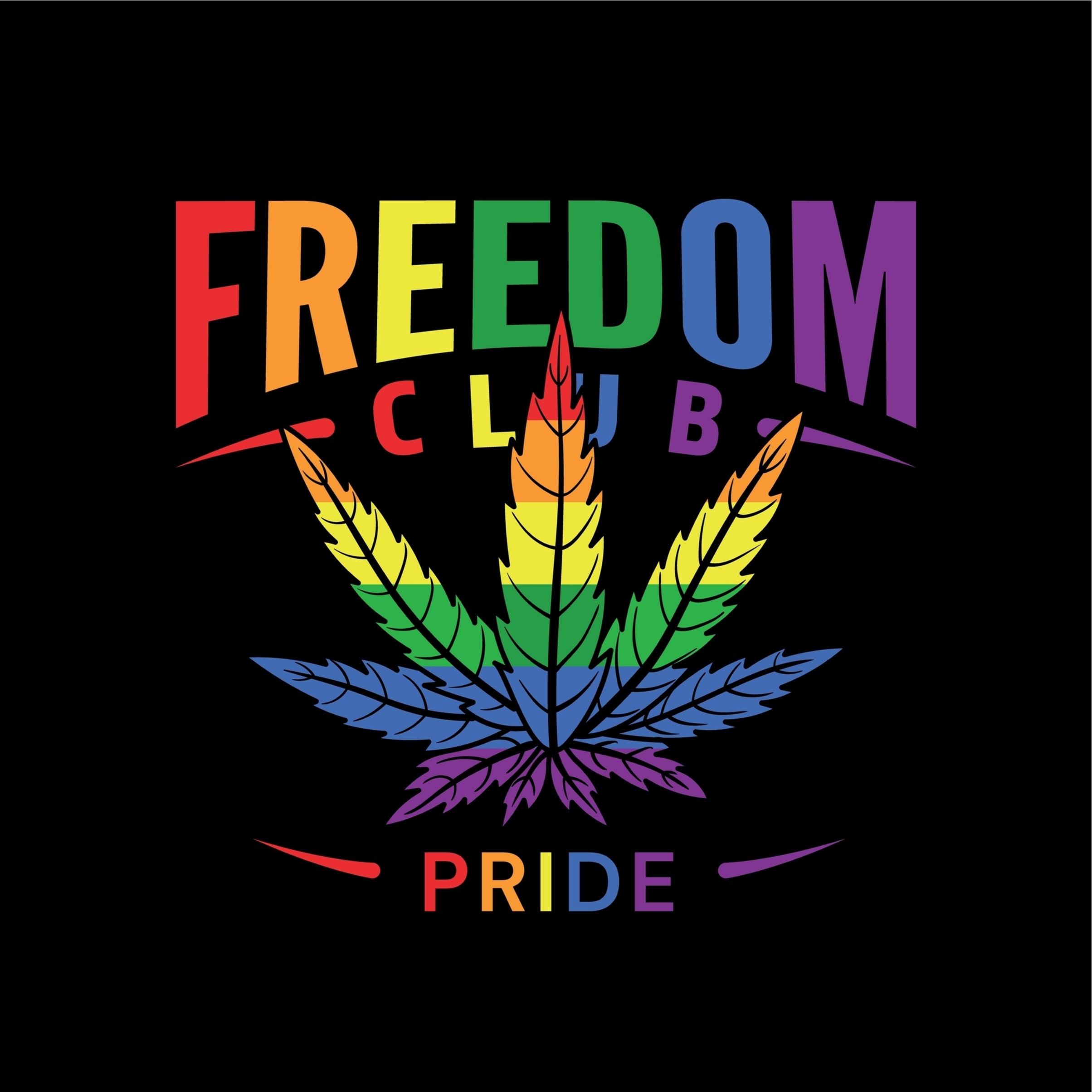 Cannabis and LGBTQ culture are a common intersection for many from both communities.

With a common history of marginalization, similar stories of advocacy, and a shared want for social approval – it only makes sense that LGBTQ culture and cannabis culture are so closely linked.

Here’s a brief history of how the two cultures intersect and how to support both communities during pride and beyond. 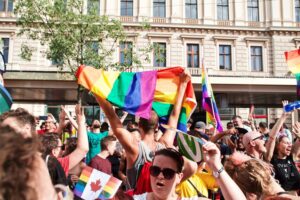 The members of the LGBTQ+ community have long fought for equal rights.

Cannabis culture and the LGBTQ community have both been head to head with society for decades. And when they weren’t fighting for normalization and acceptance, they were busy protesting against discriminatory laws.

Cannabis culture fought for the legalization of legal weed while the LGBTQ community simultaneously fought for legal recognition of, well, the freedom of love and bodily autonomy.

Equality, however,  was often just beyond arm’s reach for both communities.

The Era of Legalization

Cannabis and the LGBTQ community are linked by more than just their similar cultural milieus. During the 1980s, the HIV epidemic was disproportionately affecting people in LGBTQ communities. And sadly, at the time, there was no cure.

That’s where the pain-relieving effects of weed came in.

Medical marijuana was one of the few accessible pharmaceutical treatments that could help relieve the symptoms of HIV. Unfortunately, cannabis was not as readily available as it is today. In fact, medical marijuana was still highly stigmatized by both physicians and the general public.

The need for cannabis in the LGBTQ community prompted a movement of activists who fought for legislation to legalize cannabis. One of the major players in this movement was activist Dennis Peron.

Peron was responsible for Proposition 215. The bill was for the legalization of medicinal cannabis in California and took years to get put on the ballot since it was strongly opposed by state officials and local law enforcement. The bill finally passed with 55.6% of the vote. Soon after, other states followed suit.

Another important figure in the movement was the now well-known politician Harvey Milk – who also happened to be the first openly gay person elected to office in California.

Cannabis continues to be illegal in many parts of the world. Much like the LGBTQ+ community, it has fought hard for acceptance in different societies.

Cannabis and the LGBTQ Community

The previously rejected cultures saw a rise in public acceptance leading up to the 2000s. For both, the trends shifted towards acceptance within mainstream society. More recently, people within the LGBTQ community still report higher rates of cannabis consumption than others. As much as 4 to 6 times as much, actually.

While the LGBTQ+ community and cannabis enthusiasts have migrated inward from the fringes of society, there are still many places in the world where both are considered criminal. Despite recent advancements in awareness and laws, there’s constantly more work to do.

In Canada and the US, the cannabis industry has seen a recent surge in popularity. We’re living in what’s being called the “green rush”. But the explosion and newfound widespread acceptance of cannabis culture are mirrored by unfortunate declines in acceptance of the LGBTQ community.

New discriminatory and anti-LGBTQ laws in the states threaten to send the work and advocacy of years backward. Now, more than ever, it’s crucial to support vulnerable communities and show unwavering allyship.

At the same time, thousands of people – particularly people of colour – remain incarcerated for non-violent drug charges. Substance charges for substances that are now legal.

For two important issues that previously existed as “counterculture”, it’s time for LGBTQ communities and cannabis culture to shine for what they are: relevant, worthy, and important.

Part of being an ally to marginalized communities means continuing to advocate, even when it becomes inconvenient. While cannabis may be legalized and gay marriage may be legal (in some places, at least), the journey to acceptance and equality is not over.

After pride events in the summer and weed celebrations in April, how can you continue showing support for both communities? There are plenty of ways to celebrate the LGBTQ community while fighting for equal rights.

Here are a few easy and everyday ways to show support for the community that was instrumental in bringing cannabis culture to the forefront of society.

Annual Pride festivals around the world take place to commemorate the Stonewall Riots of 1969. Within a history of discrimination, the customers at the bar stood up to police that night and resisted a raid. In Canada, the We Demand Rally began a few years later, in 1971, when gay rights activists marched through Ottawa’s Parliament Hill.

Since then, Pride has stood as a symbol of uprising and positivity in the LGBTQ community. It’s about fighting against social stigmas and working towards visibility and equality.

And, of course, pride is a way to come together and celebrate the vibrant communities of gay, lesbian, bisexual, transgender, and queer people across North America. What better way to do that than with the grass of good times?

Cannabis companies now make it a priority to show support during pride events. Some offer donations to LGBTQ organizations, while others are at the forefront of planning and organizing events.

It’s not uncommon to see a group of Pride attendees sharing a joint in unity of the cause.

Wherever you are, there are likely some Pride events going on nearby. Here are a few events taking place in summer 2022 that you may want to check out.

Pride festivals, parades, and events are taking place in almost every major city throughout the summer. If celebrating together sounds good to you, check out event listings in your local area to see what kind of pride events are nearby.

Cannabis Products for Pride and Beyond

Whether you’re celebrating pride at an organized event or hanging out at home, partaking in cannabis is one of the many ways to unite with both LGBTQ history and its future. Thanks to legalization and the many new growers and dispensaries, there are plenty of incredible cannabis products to try.

One of the best parts about the growth in the cannabis industry is that it’s now easily accessible to order cannabis products quickly and safely through online dispensaries.

Before consuming cannabis at pride or public events, check with your local cannabis laws and regulations. And if you choose to attend a pride event, be sure to be safe and consume responsibly.

The LGBTQ community and cannabis culture  have a similar history of marginalization that has brought the communities together as one. People from the LGBTQ community have always been at the forefront of cannabis activisim and continue to advocate for more accessible cannabis. That’s why the cannabis industry will always support LGBTQ people and their ongoing fight for equality.

Check out KootenayBotanicals, a supporter of LGBTQ advocacy, for more cannabis products to try this summer.

The LGBT Community and the Cannabis Movement 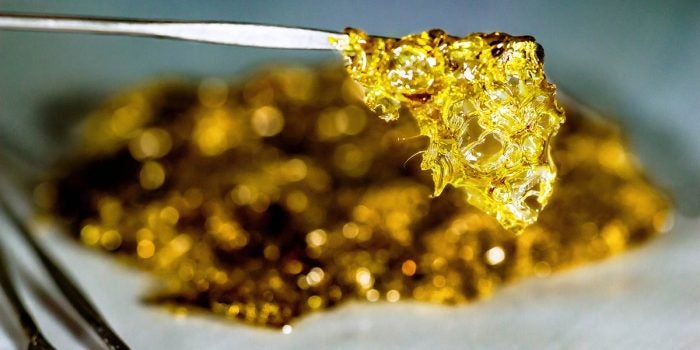 What is Shatter & How to Make It

Table of Contents What is Shatter? How to Make Shatter Making Shatter: Step By Step... 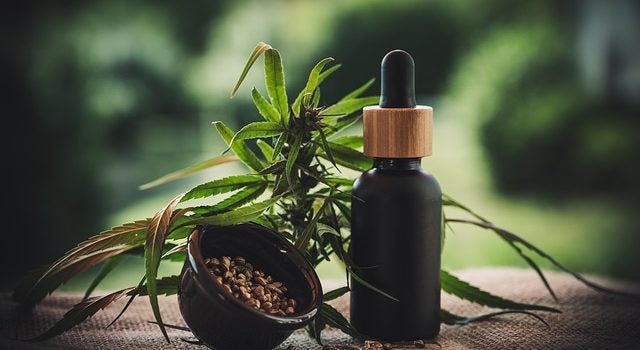 Table of Contents What Is THC? What is CBD? CBD vs. THC: Which Should I...