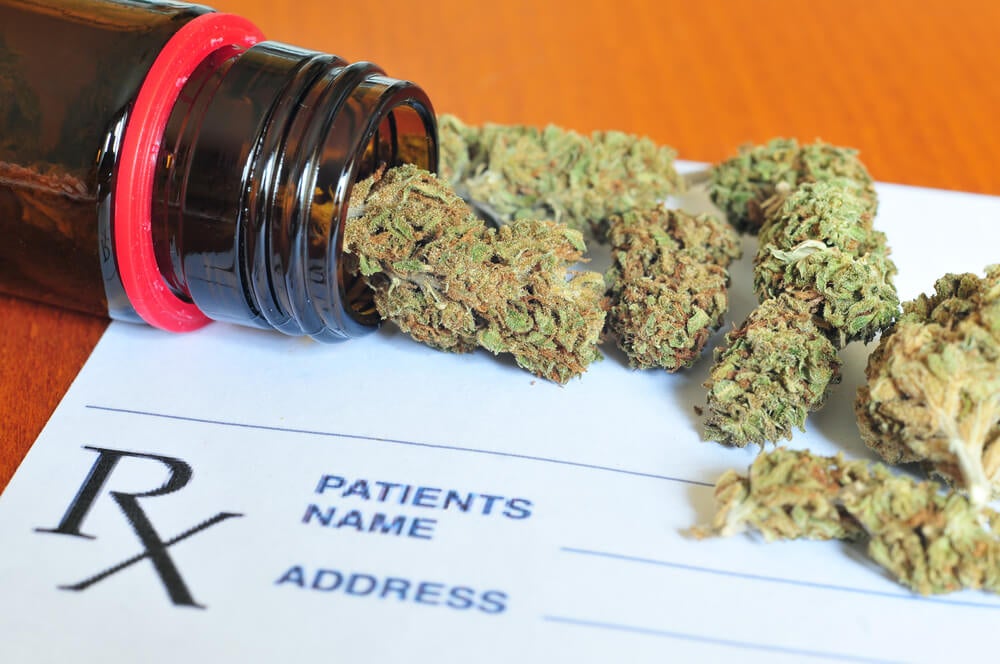 The gradual legalization of marijuana has rekindled the debate on this psychotic herb. One of the subjects that arise from time to time is the difference between street weed and medical weed. Although the definitions might seem to be pretty straightforward, there is more than what meets the eye. This article will guide you on the differences between the two, including the history, cleanliness, legality, and characterization. Without further ado, let’s dive in.

The history of recreational weed is long, dating back to the first century. Herodotus, a Greek historian, said that Iranian nomads were smoking cannabis flowers and seeds to get high. In 800 AD, the Middle East and parts of Asia were smoking hashish. Hashish is purified marijuana that is smoked through a pipe. The more Islam spread, the more recreational marijuana became popular.

But how did weed get to Canada? The history of weed in Canada is mysterious, although some believe indigenous communities in Canada were using it for cultural, medical, and textile purposes.

In 1606, the experimental cultivation of cannabis by Louis Hebert started in the Quebec Province. When the British colonized Canada in 1763, they sent more than 2,000 bushels of cannabis seeds to farmers in Quebec.

The cannabis industry continued to thrive and even expanded its activities to Nova Scotia throughout the 1800s. However, recreational weed would soon be abolished and criminalized in 1923.

Since cannabis criminalization in 1923, several groups and individuals filed appeals to have the decision overturned. It was not until 2000 when the Ontario Court of Appeal stated that weed criminalization was unconstitutional. In the ruling, the court questioned why the medical benefits of weed were overlooked during the ban. The ruling rekindled the debate on whether weed should be legalized.

A year later, medical weed was legalized, giving patients the freedom to grow the plant or buy the product from licensed dealers. In 2013, new rules were put in place to allow the production and distribution of medical cannabis at the federal level.

In 2015, the Liberal government announced the plan to legalize weed in Canada and created a task force a year later to discuss the same. The stakeholders in this Task Force on Marijuana Regulation and Legalization involved indigenous, provincial, municipal, and territorial governments throughout Canada. The task force revealed that marijuana prohibition brought more harm than good since weed users would buy it from the streets, risking their lives.

In 2018, weed became legal in Canada, which was a big win for the industry. People above the age of 18 can now buy weed in regulated retail stores or by mail. In addition, adults are allowed to grow up to 4 cannabis plants at home. Alternatively, an adult can possess up to 30g of dry cannabis in public.

Since then, more amendments have taken place, including the legalization of weed edibles (baked goods and drinks and concentrates) in 2019.

What is Street Bud?

Street bud is a slang used to describe recreational marijuana sold by growers or dealers on the streets. More often than not, street bud is common in areas where fewer dispensaries are available.

One of the biggest mysteries yet to be solved is how street bud has remained popular, even after the legalization of recreational marijuana. There are two possible explanations as to why this occurs. First, by the time weed is legalized, the people are already used to street bud. Second, the restrictions placed on weed, together with the high prices on legalized marijuana, makes people stick to street bud.

Where Does Street Weed Come From?

If you have lived in an area where recreational weed is illegal, you might have noticed how street weed thrives. But have you asked yourself where this weed originates from? Here is a quick overview of street weed.

Street weed is grown from the same strains as legal marijuana. However, during the cultivation, extraction, and processing, less attention is given to quality. During cultivation, the grower might be forced to use excess chemicals to hasten the growth and yield rate. Consumers risk their health and lives by consuming street weed.

During the extraction and processing processes, the growers rarely give attention to the cannabinoid profiles. This explains why the weed might be overwhelmingly potent or just mellow.

With Legalization, Are There Reasons for Continued Growth Of  The Black Market?

The more recreational marijuana is legalized, the more the black market for weed continues to grow. The puzzle surrounding this concept is one of the most interesting to solve. After deep research on different markets, we came up with three major reasons why the black market is still thriving. The reasons are:

The regulatory enforcement for cannabis licenses has been highly ineffective, creating a loophole for the black market to thrive. For instance, data collected by audit firms have shown that several dispensaries operate without approval. Lack of operating licenses creates leeway for the sale of street weed.

Canada has been experiencing a shortage in the supply of cannabis, thanks to the slow process of approving applications. The supply deficit and lack of locations pushes consumers to continue with street weed since they are assured of regular supply.

Despite recreational weed being legalized, excessive taxes on the same have made it very costly. People trying to open dispensaries have to part with a huge chunk of money as taxes. This explains why the number of dispensaries is low. Since the high demand overrides the supply, consumers get weed from the black market throughout Canada.

Medical grade weed is primarily used to manage medical conditions, unlike recreational weed that gives users “high” effects. Before weed is classified as medical, it must prove its viability in managing various health conditions, including the following:

Some tests carried out on regular weed have revealed insane THC amounts, which translates to high potency. However, there is a catch on the potency of regular weed. In some instances, the THC levels for regular weed are such that the user does not get “high.” This means that regular weed can be a “hit” or “miss,” which is different from medical weed.

Therefore, the difference in potency between medical weed and regular weed is consistency assurance.

With The Legalization Of Weed, Will The Quality Be Better Than Street Weed in Canada and The United States?

The potency of weed is a great determinant of quality and must be taken into consideration. The legalization of weed would ensure that the dispensaries keep tabs on the THC levels, which helps gauge the quality of weed. Unlike street weed that might have extremely low or high THC levels, you will be assured that the weed meets your potency expectations with legalized weed.

The legalization of weed in Canada will also ensure that the flavour of weed is taken into consideration. The regulations will ensure that dispensaries pay attention to the flavour of cannabis before stocking it for buyers. You wouldn’t want to buy weed whose taste is intolerable.

The purity of weed is crucial to consumers, and therefore a body should be in place to ensure that it is maintained. Weed purity is a measure of the properties in weed, such as cannabinoids. Legalizing weed will force dispensaries to maintain high purity levels for them to operate with minimal bottlenecks.

What About Retail Weed In Stores?

As Canada continues to enjoy the freedom of weed, a new debate has emerged comparing street weed to medical weed. Although this debate might seem senseless at face value, it opens the scope of viewing weed. Without further ado, let’s get to the pros and cons of each weed before coming up with a final verdict.

Ultimately, your decision to go with street weed, medical weed, or even purchasing through a retailer, like us, is going to bring your nearly the same product.

However, at Kootenay Botanicals, we provide a unique experience. It’s quick, easy, and a self-service option for you to purchase your weed online here.

We also offer same-day delivery if you’re in Vancouver and anywhere else in Canada within a few days.

Check out our shop today and find anything from Flower, Vapes, Edibles, and anything else your canna-heart desires! 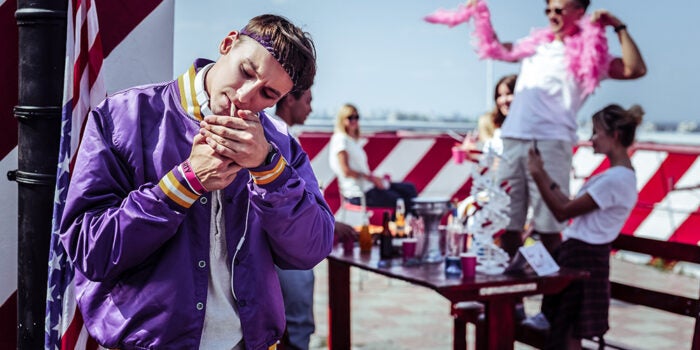 Now Cannabis Is A Popular Gift Option—And There Are Some Doozies Cannabis, also known as... 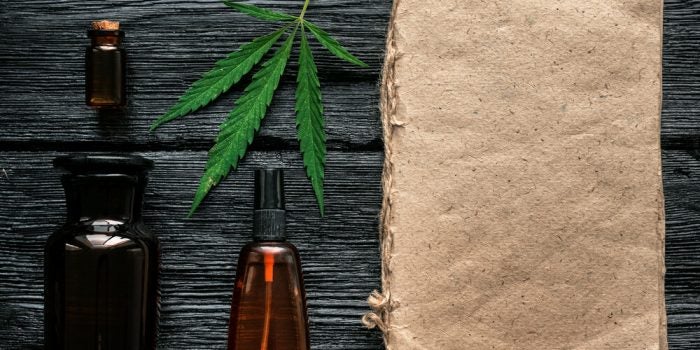 FECO Oil Benefits: All You Need To Know

The medical marijuana market is always on the lookout for new and innovative ways of...